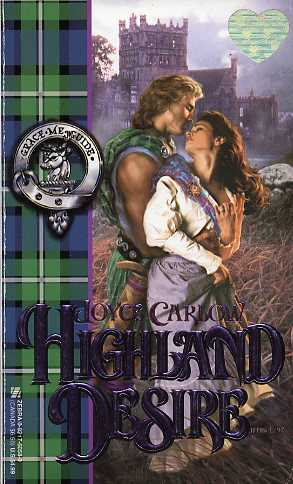 At just seventeen, reckless young Glynis MacPherson could out-shoot, out- ride, out-maneuver most men-until she met her match in Robert Forbes, a proud, strapping clansman who dismissed her as a child. Enraged, Glynis married another as Robert joined the rebels to restore Bonnie Prince Charles to the throne. Yet even as she took the holy vows, she dreamed of the man who had inspired a womanly desire deep within her...a man she was destined to love.

Glynis was too alluring, too troublesome, too young for Robert Forbes, until she ran to another man's arms. Now she belonged to her husband in the sight of God and man-a line Robert could not cross. But when Glynis saved his life on the barbarous battlefield at Culloden, she ignited a raging passion not even divine law could deny, as together they were swept into the winds of war.
Reviews from Goodreads.com