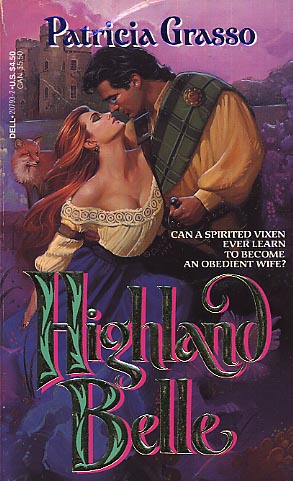 BEAUTIFUL HELLCAT
Flame-haired Brigette Devereux had the face of an angel and the spirit of a wildcat. Wed by proxy to a savage Scot, the willful ward of Queen Elizabeth fled... straight into the arms of a wickedly handsome stranger, his eyes dark as midnight, his soul dark as sin. His scorching kisses, his unholy caresses ignited a blaze of forbidden desire. Only once she had surrendered body and soul would she discover his treacherous betrayal...

SWEET-TALKING SCOUNDREL
Lord Iain MacArthur thought his amorous battle well won -- with his bonnie new bride brought home to Dunridge Castle, she would obey his every wish. But the defiant beauty had escaped again! From sparkling blue lochs to Scotland's stormiest battlements... from an ancestral English estate to London's back alleys... as battles raged and thrones toppled... he would pursue the woman who'd besieged his heart and tame her -- if it was the last thing he ever did!
Reviews from Goodreads.com