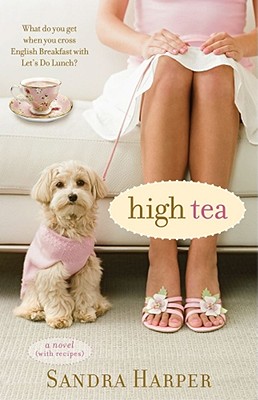 Magpie's Tearoom is a cozy haven in bustling L.A. -- a place for luncheons, baby showers, or simply hanging out. Its owner, British expat Margaret Moore, relishes tradition...but between a frustrated chef preoccupied with her neglectful producer girlfriend and the tearoom's waitstaff -- a talented but desperate TV star who hasn't acted since Detective Buck Love went off the air, and a twenty-something ingenue who'll do anything to get the part -- her grandmother's scones begin to feel irrelevant.

When the critic from Tea Talk announces she is crossing the pond to visit, Margaret attempts to marshal her staff. But, being of the thespian variety, they all want to be doing something else. Yet despite the high personal drama at hand, the customers still demand their perfectly steeped tea and cucumber sandwiches....

As Margaret battles pilot season and produce-coordinator malfunctions, she begins to lose her will to live...in L.A.

But can her L.A. neighborhood do without her tearoom?In this delightful debut novel with delicious recipes thrown in, Sandra Harper creates a hilarious world where Earl Grey and watercress make a meal, buttering the scones may get you scolded, and nobody does eggs anymore. Warm up the kettle and pull up a seat -- you don't want to miss High Tea!
Reviews from Goodreads.com