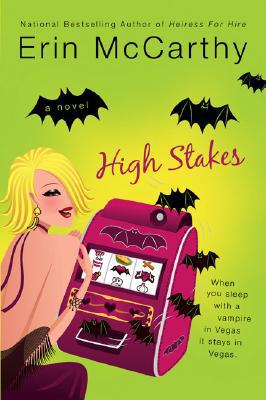 From the USA Today bestselling author, a vampire-meets-girl story set in the city that never sleeps-except during daylight.

He's a bloodsucking freak of nature. But, unlike other politicians, Ethan Carrick is actually a nice guy. Not to mention a very hot, wealthy, casino-owning vampire. It's an election year for vampires, which means he'll first have to escape his opponent's hit men. Then he'll have to find a suitable First Lady, preferably here in Vegas.

Brittany Baldizzi fits the bill. She's smart, pretty- and sweeter than a glass of diabetic O-Negative. But her protective sister Alexis steps in with a message for Ethan: Bite me. It's then that he realizes it's the sexy, no-nonsense Alexis who raises his stake. And as much as she denies it, Alexis wouldn't mind a romp in the coffin with him. But can a mere mortal, even one who risks her life for him, make a centuries-old, womanizing vampire feel something entirely new?
Reviews from Goodreads.com