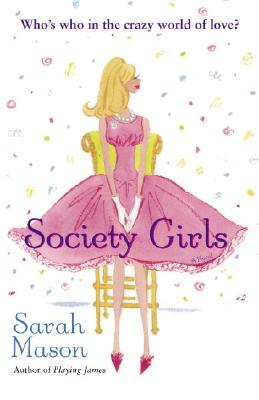 Clemmie Colshannon, a London art appraiser framed (pun intended) by her boyfriend and subsequently fired, retreats to the bosom of her eccentric family in Cornwall to recover. But no sooner has she unpacked her bags than her sister, Holly, an energetic reporter who lives to scoop, enlists Clemmie's derring-do on a juicy story.

It seems that Emma McKellan, who writes the society pages for the Bristol Gazette, has disappeared days before her lavish wedding. As Holly and Clemmie search for clues on the missing bride (relishing the prospect of delicious scandal), they inadvertently steer themselves directly toward trouble.

In times of crisis, the Colshannon clan is always in the thick of things -- particularly Clemmie's drama-queen mother, who has an affinity for saving wild animals, and her brother, who goes to outrageous extremes to impress a certain girl and succeeds only in terrifying her. Whether she likes it or not, Clemmie always seems to find herself in the throes of adventure. And sure enough, the whole family is soon fleeing to the south of France . . . with an ex-convict in hot pursuit.
Reviews from Goodreads.com