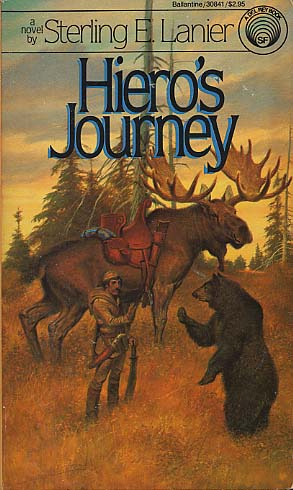 A Mission of Terror

Per Hiero Desteen was a priest, a telepath--and a highly trained killer. Together with his great riding moose and the young bear who was his friend, he was on a mission that seemed beyond even his extraordinary powers.

For this was five thousand years after the holocaust known as The Death, and the world was greatly changed. Now the evil Brotherhood of the Unclean was waging all-out war against the few remnants of normal humanity, determined to wipe out all traces of its emerging civilization.

Hiero's task was to locate and bring back a lost secret of the ancients which might save the humans who were ruled by the Abbeys. But his path lay through the very heart of the unknown territory ruled by the Unclean and their hordes of mutated, intelligent, and savage beast followers.

And the Unclean were waiting for him!
Reviews from Goodreads.com