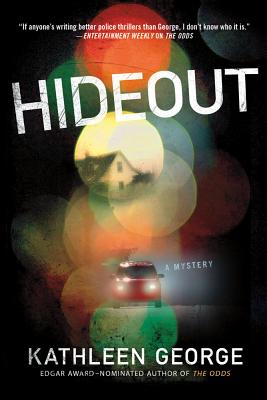 The new book in Kathleen George's stunning Pittsburgh-set police procedural series begins when a young mother dies in a hit-and-run accident caused by two young brothers. Desperate and afraid, Jack and Ryan Rutter flee to Sugar Lake, the summer community where they vacationed as children. As Detectives Colleen Greer and Richard Christie search for the brothers, Jack and Ryan create a terrifying hostage situation. As fast-paced and brilliantly plotted as the book that earned her an Edgar® nomination, Hideout is a riveting police procedural like no other.
Reviews from Goodreads.com