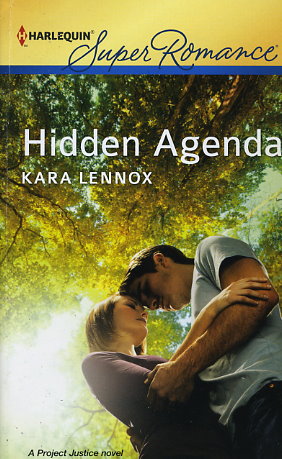 Work undercover, catch the bad guy, become a full-time Project Justice investigator. Simple enough plan, until Jillian Baxter recognizes the man she's investigating. Her new "boss" is none other than Conner Blake -- her childhood crush. Luckily, he has no idea who she is, since Jillian is no longer Jillybean, the short, overweight teenager he publicly humiliated.

Despite their past, Jillian knows Conner isn't a murderer. Nor is he that same cruel boy. In fact, there's much to admire about the man he is. Still, this is an ongoing case and whatever is happening between them will have to wait. As she gets closer to finding the killer, she must decide if she can trust Conner with the truth. And that could be her toughest decision yet.
Reviews from Goodreads.com