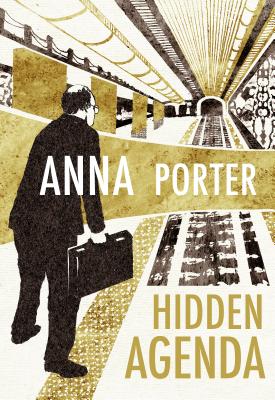 
Would a man about to kill himself make a dental appointment? Judith Hayes, a freelance journalist, doesn't think so. She was the last person to see George Harris alive before he left his Toronto publishing company and stepped - or was it pushed - in front of a speeding subway train.

The police called his death a suicide. Judith thinks it's murder. Gutsy and good-looking, Judith Hayes once worked for the handsome Harris. She knows his company is in the red, with millions owed to the bank. But when she'd interviewed him that afternoon for a magazine feature, he hadn't talked like a man planning his own death. He'd talked like a high-powered businessman with a breakthrough deal in the works and big dreams about to come true. But had one of those dreams turned into the nightmare that had gotten him killed?