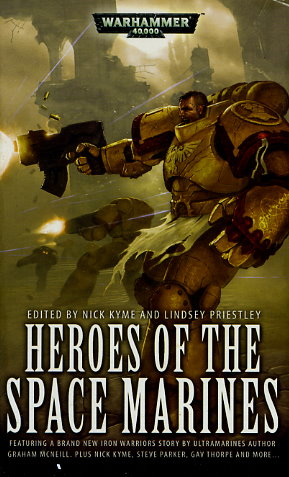 In the grim darkness of the Warhammer 40,000 universe mankind is beset by foes in a galaxy wracked by eternal war. Step forth the Space Marines, superhuman warriors and the ultimate protectors of humanity. Heroes of the Space Marines is an anthology of stories about these brave champions and their dark counterparts, the Chaos Space Marines.

This anthology features a prequel story to the forthcoming Salamander series by Nick Kyme, a tie-in to the new Imperial Fists series by Chris Roberson and all-new Deathwatch and Night Lords stories, setting the stars ablaze with the fury of the Space Marines.
Reviews from Goodreads.com