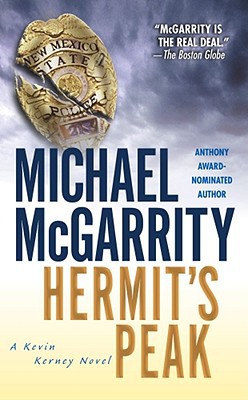 When Kevin Kerney receives an unexpected windfall--6,400 acres of high--country land outside Las Vegas, New Mexico--the last thing he wants to think about is police work. But while visiting his new property, he comes upon an ailing stray dog that leads him to the butchered bones of a murder victim near the rugged mesa of Hermit's Peak. He has inherited a homicide along with a ranch.

Turning fhe case over to the state police district office, Kerney returns to Santa Fe to work on his relationship with Sara Brannon, a woman for whom he cares deeply. But he is soon called back to Hermit's Peak; another body has been found at a remote cabin. And Kevin Kerney is about to unearth some shattering discoveries in an investigation that twists across the majestic landscape of the American Southwest.
Reviews from Goodreads.com