Heritage of the River — Muriel Elwood 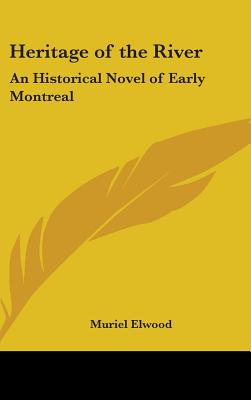 Marguerite Boissart was a member of a strict family in an old American frontier town. While still in her teens she had an affair with an exiled French dandy. As a result she was driven from her home and moved in with her married sister in a lonely outpost deep in the unconquered Forest. There she witnessed the horror of an Indian massacre that wiped out the whole village. Young and beautiful, she was captured by the savages and taken to a barbaric Indian village to be tortured.

Marguerite's exciting story is told against the background of the robust young French colony on the St. Lawrence River. It was a country of exiled aristocrats and their elegant women; of drinking, swaggering coureurs de bios from the trackless forests; of hard bitten settlers pitting their strength against the elements, bedevilled by the whims of a debauched King. Heritage of the River is a swift, colorful story that you will long remember.
Reviews from Goodreads.com