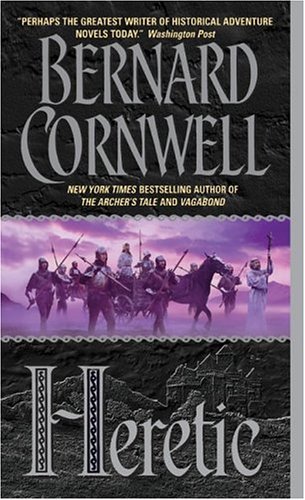 Still young but already a seasoned veteran of King Edward's army, Thomas of Hookton possesses a fearlessness and an uncanny prowess with the longbow, talents that have made him a natural leader. Now, at the head of a small but able band of soldiers, he has come to Gascony to capture the castle of Astarac at the behest of his liege. More than duty has brought him to this place, however. It is the home both of his forebears and of his sworn enemy Guy de Vexille, the brutal black knight who slew Thomas's father. It is also the last place where the Holy Grail was reported seen. But when Thomas arrives, he discovers a tragedy in the making--a beautiful woman, innocent if not pious, is to be burned as .a heretic. Although Thomas is able to save Genevieve from the pyre, he too is branded an infidel. And so together they must flee across a landscape of blood and fire, toward an unavoidable battle to the death that could ultimately shape the future of Christendom.
Reviews from Goodreads.com