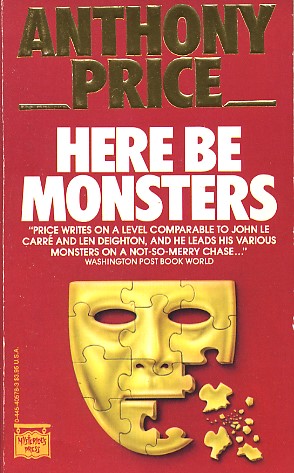 It was the fortieth anniversary of the D-Day invasion, and the Normandy coast was the site of numerous ceremonies commemorating the occasion. Major Edward Parker attended some, then moved away from the crowds, looking for something. Or someone.

He knew what would happen when he found what he was looking for at the edge of the Normandy cliffs; he almost welcomed it. Then he was forcibly spun around--and felt the deadly push at the small of his back.

The murder of the former member of the elite U.S. Army Ranger fighting force is the opening salvo in a new battle of wits between the KGB and Dr. David Audley of British Intelligence. Parker may have been a spy, but his sacrifice was made specifically to force Audley's hand. The gambit is successful. Now Audley must acknowledge his mistake...and try to redeem himself.
Reviews from Goodreads.com