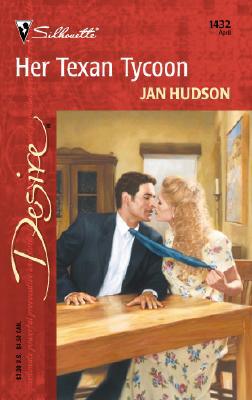 Jessica had awakened from her shock-induced faint to find familiar eyes sweeping her face, a familiar voice soothing her fright. For the man who gazed upon her was either a specter...or the spittin' image of her dead husband!

Millionaire Smith Rutledge was a living, breathing Texas blue blood, and as mystified as Jessica by his mirror image -- a man who'd never touched her soul and stirred her desire like Smith. And though her Texan tycoon deserved the whole truth, Jessica would sooner see some skeletons left undisturbed.... Meanwhile, in his quest for answers, the sexy-as-sin Smith was making his casa her casa...his bed her bed!
Reviews from Goodreads.com