Her Own Prince Charming — Vivian Leiber 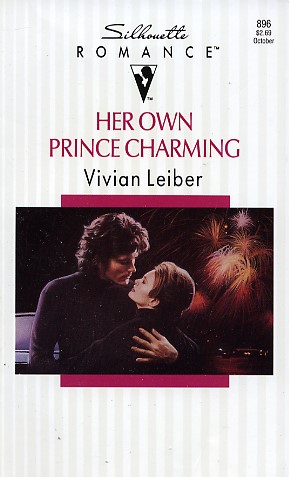 As a child, Aleta Clayton's favorite bedtime stories had been about the faraway kingdom of Monticello. She'd longed to believe her mother's claim that she was related to the glamorous royal family, but that was hardly likely. Now Aleta was all grown-up, and the closest the Chicago secretary had ever gotten to royalty was by reading the tabloid gossip columns. Still, a woman could dream... .

Bachelor Prince Giancarlo of Monticello had been ordered by his mother, the queen, to marry and produce an heir. Where on earth was he going to find a chaste woman with Monticellan blood? In Chicago, according to his advisers.

Aleta Clayton was the only possible princess candidate. But it never dawned on Prince Giancarlo that she'd refuse an arranged royal marriage--because she was waiting for something as intangible as love!
Reviews from Goodreads.com