Her Next Breath — Delilah Devlin 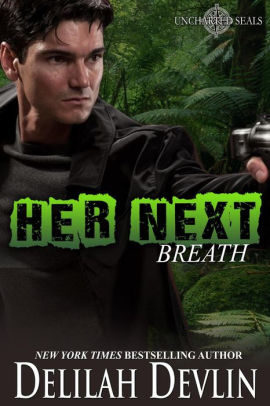 
Ex-SEAL Jackson Keller's first mission with the Charter Group's spec ops unit is a bust. Instead of capturing a drug lord in his Mexican compound, he finds a beautiful, naked woman. But she may have information they need to nail the narco-terrorist, so he takes her, sealing his fate. She's his to watch, his to "manage" until the op's done.

Suri McAnally's made some mistakes--mainly trusting her college roomie who just so happens to be the son of one of Mexico's most dangerous drug lords. If Jackson can save her, she'll do whatever he says, mirror his moves, and try to keep her insta-lust under control. Her next breath depends on it.

NOTE: This 23,000-word novella was originally published in SEALs of Summer 2.