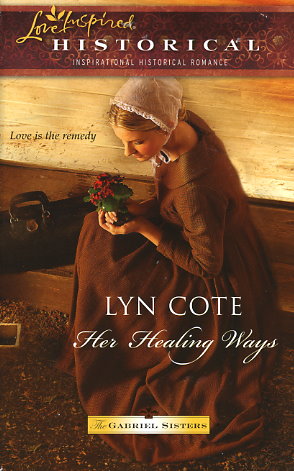 A female physician with an adopted black daughter? The townsfolk of Idaho Bend will never accept Dr. Mercy Gabriel -- even when faced with a deadly cholera epidemic. But all Mercy needs is one man willing to listen…and to trust.

Four years of war command turned Lon Mackey into a footloose gambler who can't abide attachments. Yet he can't help getting riled by the threats Mercy keeps receiving. Her trailblazing courage could reignite his faith and humanity. And his loyalty could make her dream -- for the first time -- of a family of her own….
Reviews from Goodreads.com

This was my favorite book of all three. The author did such a great job with character and plot development! Each character was so unique and well-formed that I could just picture them in my mind! The description of the town - typical people who's eyes had to be opened by actions rather than words - was great. The author turned me from hating to liking some of the characters and from hating to despising others. Both Lon and Mercy had good personalities and I could see them being drawn to each other.

There was plenty of religious references in this book, but I don't think it was "bang you over the head" religion. It was "I want some of that." We saw this especially in Lon who fought in the Civil War and didn't know how to become the carefree man he was before. This message was clearly shown later int he book. The illnesses were covered in a way that I could tell the author really did research and had knowledge of the subject. There were two main disasters - the cholera outbreak and the mine disaster - that really strengthened Mercy's characters. There was also a second romance, and I guess they both ended realistically...This world is such a tragic place, but there's also such hope.