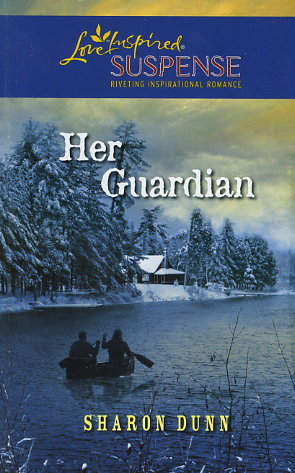 Julia Randel was thirteen when she was kidnapped by a cult leader.

It took her seven years to escape. Two years later her captor's trial is about to begin -- and so are threats from his loyal followers. Julia is relieved when her father hires bodyguard Gavin Shane, but she's furious when he rushes her to a safe house. After years under lock and key, she doesn't want to be forced into hiding again. But with cultists seeking to stop Julia's testimony at any cost, it'll take both Julia and her determined protector to set her free for a new life -- and new love.
Reviews from Goodreads.com

Bodyguard, Gavin Shane, has been hired to protect Julia until she can testify at the trial of a cult leader who killed his wife. The book starts out with them being pursued by the bad guys, and it continues all the way through. I really like action packed suspense, and this had a lot of action in it. The romance was sweet - it was really second rate and low key since they were busy running from the bad guys. When I first got this book, I put it pretty low on my pile to be read because I was just put off by the cover, but trust me, it's a good book. The cover is a bit deceiving - it covers just a couple pages of the book. For the most part, they are on dry land!