Her Baby, His Proposal — Teresa Carpenter 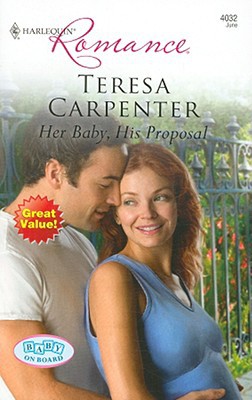 From military man to full-time father!

Brock Sullivan is a navy SEAL--he lives by his own code of honor and he won't see Jesse, pregnant and alone, struggle. He doesn't have to help her, but he knows he can offer her security while he's away fighting for his country. The proposal is convenient and the marriage-- paper only!

Jesse would do anything for her baby, even if it means signing away her own dreams of happily ever after and becoming Brock's convenient bride. But, injured in battle, Brock is suddenly home, and what was a simple marriage of convenience is now becoming a whole lot more complicated.
Reviews from Goodreads.com