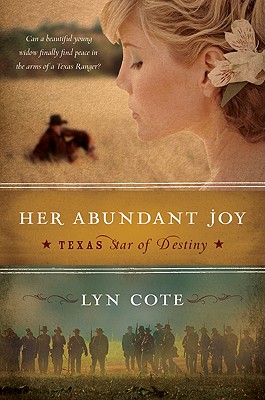 In 1846, young widow Mariel survived the grueling voyage from Germany to start a new life in the "promised" land of ?Texas. Forced by circumstances to become a servant, Mariel is now determined to leave her harsh master. But how can a single woman face the frontier on her own?

Texas Ranger Carson Quinn is responsible for leading Mariel's party of German immigrants safely through dangerous Comanche-held territory. As he watches Mariel hold her head high in spite of everything, he knows he will do anything to protect her. But war is brewing: Mexico will not accept the U.S. annexation of the young Texas Republic without a fight. Honor bound to defend Texas, Carson's deepest longing is to lay down his rifle and forge a future with Mariel. As he struggles to determine God's path for him, Mariel watches the man she loves torn in two.

Will the tide of history keep them from giving their love a chance?
Reviews from Goodreads.com