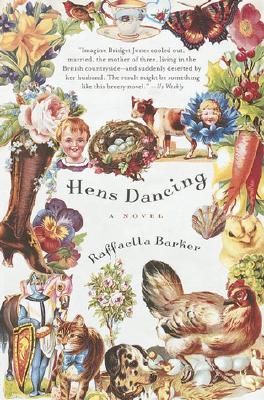 Hilarity and tenderness abound in this novel narrated in pages torn from the diary of one Venetia Summers, a thirty-something divorced mother of three who resides in rural England and is owner of, among other things, controlling shares in her ex-husband’s pet mortuary and numerous pairs of oddly colored Wellingtons.

While Venetia’s life may not be as glamorous as the one she left behind in the city ten years ago, it certainly isn’t dull. She has two exuberant young boys and one splendid baby girl–known simply as The Beauty–to feed and outfit and keep happy. Other responsibilities include upkeep of a lovely but ramshackle old house, complete with a garden growing with wild abandon, and the care of a variety of bloomered bantam hens. Then there’s her mother, sometimes helpful and supportive but more often busy tossing back vodka and smoking cigarettes; a rather cute but presumptuous bathroom contractor and his oversexed Labrador; and various other friends, relations and country characters who dart in and out of Venetia’s life, wreaking havoc along the way.

Fortunately for her, Venetia is the sort who can find beauty in the surrounding mayhem, and fortunately for us, she records it all with wry wit and great verve, sharing the joys and sometimes dubious pleasures of raising a family in the English countryside.
Reviews from Goodreads.com 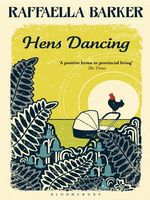