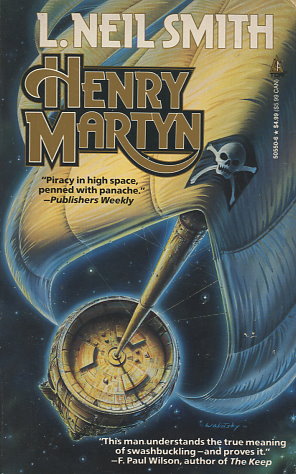 THE PIRATE TERROR OF SPACE

Arran Islay hadn't actually planned on becoming a pirate, but when the reigning Impenum Conglomerate assassinated his father, seized the family holdings, and declared him and his brothers outlaw scum, there seemed no alternative but to beat them at their own game.

Stowing away on board an interstellar cruiser wasn't that hard. Surviving the first pirate attack and the destruction of the vessel was a lot harder. And commanding the mutiny that led him and his multi-species crew to the first of their many conquests was probably the most dangerous military maneuver he had to manage.

The real trick was going to be bringing the two great interstellar empires to their knees....that, and winning the hand of the woman he loved.
Reviews from Goodreads.com