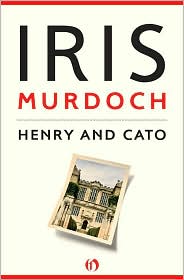 As children growing up in the English countryside, Henry Marshalson and Cato Forbes were inseparable. But, as time went on, their lives took different paths. For Henry, whose older brother would inherit his father's estate, the United States called, with a professorship to teach art history, while Cato devoted himself to the Catholic priesthood and a mission in London. But when Henry's brother dies, leaving him sole heir to his family's vast estate, Henry and Cato find themselves connecting once more and reexamining the paths their lives have taken.

As Henry struggles to come to terms with his personal passions and family obligations, and Cato fights against his religious doubts and darker urges, both men find themselves entwined in a deadly intrigue that could ruin not only their lives but also the lives of those they hold dear.
Reviews from Goodreads.com