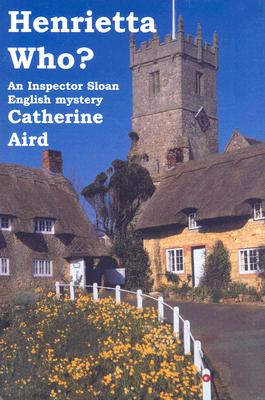 WHEN HER MOTHER IS KILLED, A YOUNG COLLEGE STUDENT'S IDENTITY IS CALLED INTO QUESTION

When middle-aged Grace Jenkins is struck down and killed by a motorcar on a country road outside the quiet village of Larking, it turns out that nobody really knew who she was. And young Henrietta Jenkins' identity is also thrown into question when she learns that the woman who raised her as her own could not have been her mother. Then it is discovered that Grace Jenkins' death was no accident. It's the kind of knotty problem that is right up Inspector C.D. Sloan's alley, and while he and his men crisscross Calleshire County to solve it, Henrietta is comforted by young Bill Thorpe, who doesn't care one bit who she really is. "Aird...gives readers a fine taste of life in the English countryside," wrote Chicago Sun-Times of this book, originally published in 1968 and the second to feature polite, persistent Inspector Sloan.
Reviews from Goodreads.com