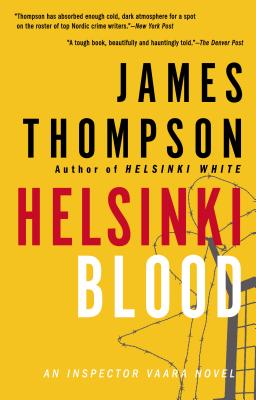 A missing woman too unimportant to raise alarms . . . criminal masterminds too powerful to pursue. And when the system fails, Inspector Kari Vaara must dispense his own brand of justice.

Kari Vaara is recovering from the physical and emotional toll of solving the Lisbet Söderlund case when he's approached with a plea: an Estonian woman begs him to find her daughter, Loviise, a young woman with Down syndrome who was promised work and a better life in Finland . . . and has since disappeared.

One more missing girl is a drop in the barrel for a police department that is understaffed and overburdened, but for Kari, the case is personal: it's a chance for redemption, to help the victims his failed black-ops unit was intended to save, and to prove to his estranged wife, Kate, that he's still the man he once was. His search will lead him from the glittering world of Helsinki's high-class clubs to the darkest circles of Finland's underground trade in trafficked women . . . and straight into the path of Loviise's captors, who may be some of the most untouchable people in the country.

As Kari works his new case, a past one comes back to haunt him when powerful enemies return to settle unfinished business. In a dangerous game of cat-and-mouse, he is propelled toward a reckoning in which the stakes are life or death . . . and only the victors will be left standing.
Reviews from Goodreads.com