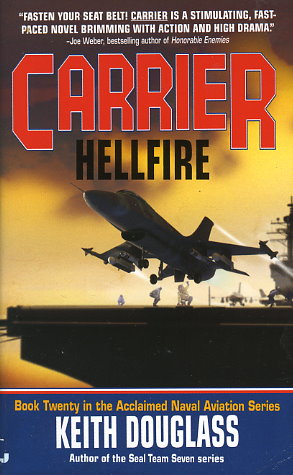 The USS Jefferson is in the middle of the Pacific testing a top-secret missile defense system--while a Russian task force monitors every move they make. When the Russians are accidentally targeted, their retaliation is swift and serious, and they have no interest in the Carrier's plea for diplomacy. Now the Carrier Battle Group Fourteen must do what they can to defend themselves without provoking a full-blown war--but keeping below the boiling point is no easy task under fire like this.
Reviews from Goodreads.com