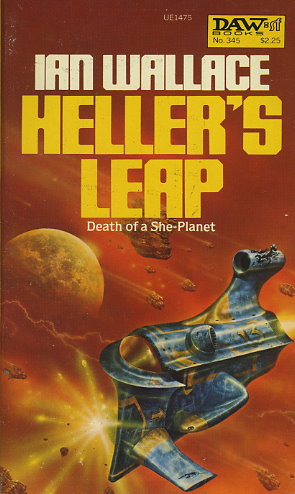 There was only one way to reach Iola where an interstellar distress signal had originated. For Iola belonged to a small group of stars cut off from the rest of the galaxy by the close presence of an all-enveloping black hole. The only way to reach Iola was through that timeless-spaceless cosmic warp.

Klaus Heller answered that call. He leapt, clad in a special self-sustaining spacesuit, through the black hole.

He returned to the world intact, silent, and secretive. And was found murdered where none could have reached him.

Ian Wallace's new novel is a combination of scientific paradox, social innovation, and super detection. Meet Claudine St. Cyr, future sleuth extraordinary, and meet again the mastermind Croyd. Confront with them the murder of a hero, the strange doom of his sister, and the plotted assassination of an entire planet. 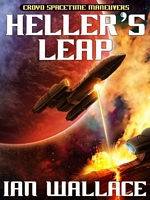