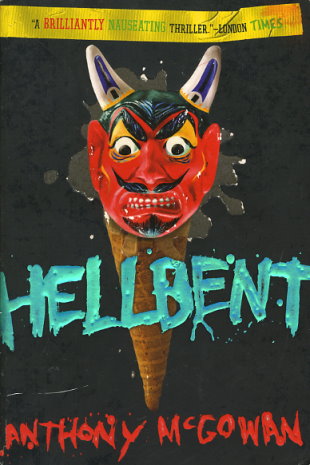 Conor O'Neil is in hell. No, really. While chasing his dog, he got run over by an ice-cream truck, and now he's sentenced to eternal damnation. He's stuck in a corner of Hell specifically designed for his maximum torture -- lined with bookshelves and droning educational radio programs. Then he realizes that his personal version of Hell might be someone else's idea of Heaven -- and vice versa. He sets out on a filthy, funny, and forbidden journey to search for his opposite number, accompanied by his repulsive pet dog, a depressed cross-dressing Viking, and Clarence, his personal devil. Can he do it? Conor is hellbent on finding out.
Reviews from Goodreads.com