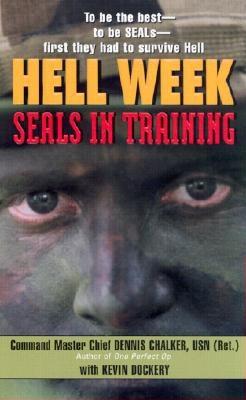 They came from everywhere across the nation to be part of the most elite fighting team in the world: the U.S. Navy SEALs. At a no-frills training base on the shores of the Pacific Ocean the weak and unworthy would be quickly eliminated -- and the strong would learn the true meaning of pain, fatigue, and endurance. The regimen was brutal and legendary, designed to punish and steel the body and push the spirit to its very limits. And at the end of one incredible week of torture those without the mettle would be broken and discarded ... and those destined for greatness would know it.

From Command Master Chief Dennis Chalker -- "plankowner" of the fabled SEAL Team Six and himself a survivor of "Hell Week" -- comes a riveting novel of blistering authenticity that takes readers through the grueling BUD/s training process -- as a handful of America's best are miraculously transformed from mere warriors ... to Navy SEALs.
Reviews from Goodreads.com