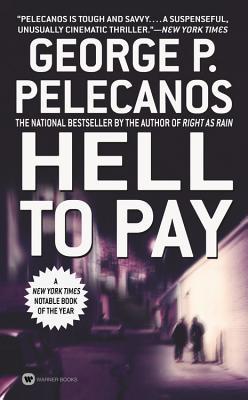 Derek Strange has a thing for old vinyl, Cadillacs, and the massage parlors he can't quite leave behind. Terry Quinn drinks too much beer and spends too many nights watching trains go by. Friends, detectives, and veterans of a world gone wrong, Strange and Quinn know that the fatherless young princes of the D.C. streets are cracking down on them: Quinn for being white, Strange for his old-school ways. But now Strange's gig coaching peewee football leads him into a horrific murder case, while the search for a young prostitute pits Quinn against a violent pimp. In a world of harder, younger, and more powerful men, Strange and Quinn are desperate to trade bad for good, loneliness for love, and wrong for right...knowing full well there will be hell to pay.
Reviews from Goodreads.com