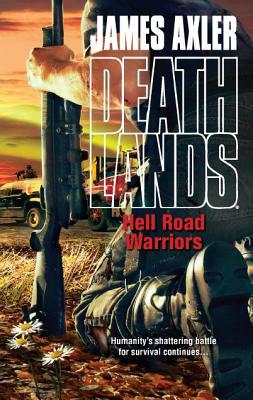 The human will to survive has sharpened to a knife edge after a century of postnuclear madness. In a lawless land where firepower and savagery rule, power lies with the barons and coldhearts who wield control through terror. Against all odds, a courageous few still fight for something better to live by-honor, decency and hope.

Emerging relatively unscathed from the apocalyptic rebirth of North America, Canada hides a trove of Cold War -- era secret government installations known as Diefenbunkers, filled with caches of weapons, wags and food. Ryan Cawdor and his companions agree to ride sec for a convoy headed west across the remnants of the old Trans-Canada Highway to retrieve the ultimate prize: four portable nuclear reactors. It's enough power to light up a ville for years, a bright beacon for a new tomorrow. But they have death on their tail, a baron and his sec men who will stop at nothing to claim the prize as their own.

In the Deathlands, the road to hell is a one-way ride...
Reviews from Goodreads.com