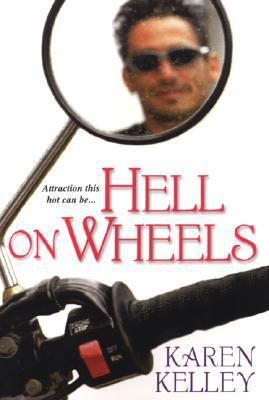 Trust Me, Baby
No doubt about it: Cody Carlyle is the hottest bounty hunter around with a well-deserved reputation for bringing in the toughest skips. If she's learned one motto in this business--and in life--it's this: never turn your back. Never give an inch. And never, ever offer your heart.

Fellow bounty hunter Josh Pierce has had his eye on Cody's every luscious curve for quite some time. The hunky ex-undercover cop would love to show her that some things are worth believing in, things like the kind of ecstasy he'd happily show her in bed. Hey, fighting this kind of white-hot attraction is just wrong. So why not give in to a little Josh Pierce temptation? Why not share one amazing, toe-curling night of indescribable, head-scrambling passion and then walk away, no hard feelings? But the night they spend together is beyond amazing. It's sheer bliss. Not that it could ever happen again. Could it?

What was supposed to be a one-time deal is quickly becoming a very tempting habit--one they could stop at any time, of course. Like after the next time. Or maybe next week--no rush. Suddenly, two bounty hunters who never believed in anything are open to everything, scared of it all, and ready to discover what happens when you go after the biggest catch out there...true love...
Reviews from Goodreads.com

Cute,but there were to many extremes. First you had Josh, who was tough, a player and had a bad ass muscle car. Then you have Cody, who is tough as nails, mean as a barrel of rattlesnakes and will literally kick your ass. Then they get together, the sex is steamy and sultry and they both dig each other, but when they are getting married in a kind of forced thing in Mexico, she becomes all nice and sweet and tough Cody is gone. Then they come back home and do not see or talk to each other for a month, then they declare their love for each other. It was cute, sexy, fun read, but by the end it was begging to be put out of my misery.