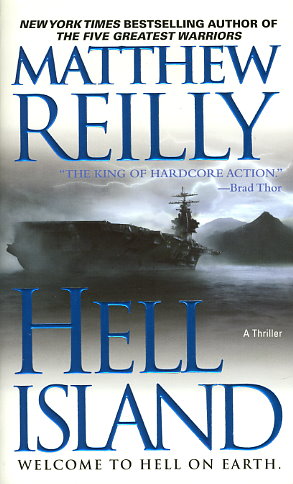 Captain Shane Schofield and his elite team of marines is about to discover . . .

It is an island that doesn't appear on any maps. A secret location where the government conducts classified experiments. Experiments that have gone terribly wrong. . . .

When all contact with the mysterious island is suddenly and inexplicably lost, Captain Shane Schofield and four crack Special Forces units parachute in. Nothing prepares them for what they find -- the island is a testing ground for a deadly breed of genetically enhanced supersoldiers. You could say they've just entered hell, but this place is much, much worse. . . .
Reviews from Goodreads.com