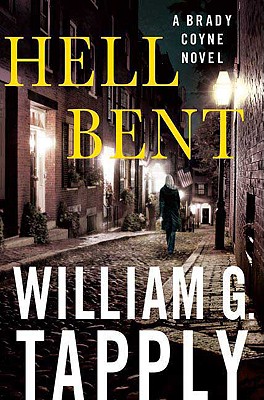 With his personal life at a bit of a cross-roads, Boston attorney Brady Coyne finds his own past coming back to haunt his professional life when his ex-girlfriend Alex Sinclair turns up looking for a lawyer to represent her brother. Augustine Sinclair was a notable photo-journalist, happily married to his high-school sweetheart with two small children -- until he returned from a stint a freelancer photographer in Iraq missing a hand and suffering from Post Traumatic Stress Disorder -- now he's lost his career, his peace of mind and his family. Brady is brought in to help him handle the divorce so that he does lose any more but before they get very far, the photographer is found dead in his rented apartment, an apparent suicide.

But something isn't right about the suicide -- the details are just a bit off -- and Brady starts to think that his client has been murdered, the suicide staged. With very little to go on and with nearly everyone wanting to quickly close the books on a case that has all the classic indications of suicide, Brady soon finds himself in the midst of one of the most dangerous situations of his entire life, facing people who will stop at nothing to keep from being exposed.
Reviews from Goodreads.com