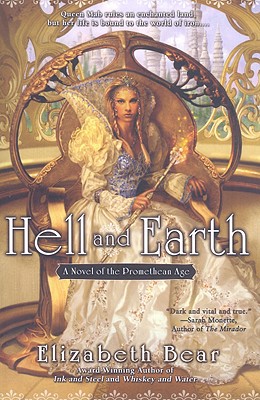 Kit Marley and William Shakespeare are playwrights in the service of Queen Elizabeth, employed by the Prometheus Club. Their words, infused with magic, empower Her Majesty's rule. But some of the Prometheans, comprised of England's most influential men and mages, conspire to usurp the Queen.

Able to walk in both worlds, Kit seeks allies to aid him in his mission to protect Elizabeth--only to encounter enemies, mortal and monster, who will stop at nothing to usher in a new age. But despite the might of his adversaries, Kit possesses more power than even he can possibly imagine.
Reviews from Goodreads.com