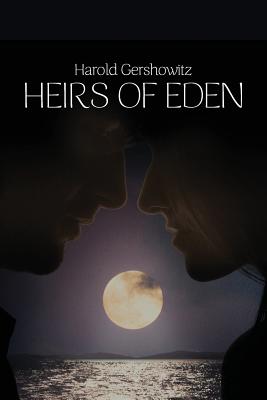 Share:
It is 1949 in Washington’s inner city. Noah Greenspan, the young son of Jewish corner grocers in the African American neighborhood of LeDroit Park, has fallen in love with Alexandra Salaman, a beautiful Palestinian Christian who, along with her brother, Yusuf, and her parents, Sharif and Samira, are refugees following the Israeli War of Independence. Noah is first smitten during his bar mitzvah as he gazes upon the winsome Alexandra seated with the women in the balcony of an old Orthodox synagogue. The Salamans and Hy and Esther Greenspan, while friendly competitors, agonize over their children’s relationships. But for Noah none of that matters. Over the ensuing years the two families endure the tensions of conflict as their sometimes-tortured relationship evolves. Weaving the impact of history as it unfolds in America, and the Middle East on the lives of his characters, Harold Gershowitz’s second family saga is a fascinating look at how age-old conflicts continue to plague contemporary relationships. As Noah, Alexandra and Yusuf go their separate ways through college and onto their respective careers, centuries-old prejudices and animosities haunt them. Their loyalty to one another is repeatedly tested by the conflicts of culture and politics. The lovely and delightful Karen Rothschild, enters Noah’s life at Stanford University, and Alexandra, while in the Middle East, meets Ali Abdul Shoukri, a passionate aspiring terrorist who draws her, unknowingly, into a deadly scheme, and Amos ben Chaiyim, a determined and daring Israeli agent is sent to stop him. A modern Romeo and Juliet, Gershowitz’s latest work of historical fiction is a tale of innocence lost amid the tensions of cultural conflict. This sweeping saga explores the forces that tear at those caught within history's destructive path. A moving tribute to the power of love, Heirs of Eden is a stirring reminder of our ability to challenge the forces that divide us.