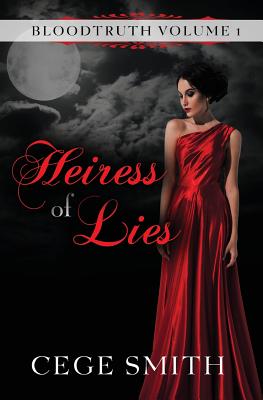 Blood never lies, but people do… With the King of Altera on his deathbed, all eyes are on his only child, eighteen-year-old Angeline Robart. Called from her studies to return to her father's side, the Crown Princess is kidnapped en route by Connor, a mysterious rogue who has been waiting a long time for the chance to change his destiny. Facing the consequences of a freak accident that even Connor could not prevent, Angeline is forced to travel a dangerous path to regain control of her fate and her kingdom. Her impossible choice requires her to rely on Connor, who epitomizes everything generations of her family tried to destroy. As the last of the Robart bloodline, Angeline discovers that enemies she thought long conquered have been lying in wait for just such an opportunity as her father's death to turn events to their advantage. Worse yet, by uncovering those secrets, Angeline must confront the possibility that no one ever expected her to take the throne in anything but title alone. As her bond with Connor grows stronger, she realizes they have far more in common than she ever expected, and that could make him just the ally she needs. The Bloodtruth Series: Heiress of Lies (Bloodtruth #1) The Queen's Betrayal (Bloodtruth #2) Trials of Truth (Bloodtruth #3)
Reviews from Goodreads.com