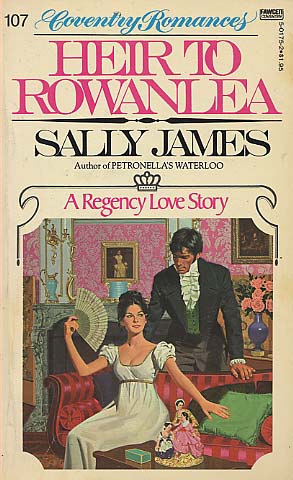 Young Charlotte's loveliness lay not only in her violet eyes with their incredible lashes, but in her fanciful imagination. For instance, she fancied that she would be the one to help her beloved cousin Harry win the girl of his dreams. But the girl of his dreams was a vain and self-centered creature with more interest in Harry's fortune than in Harry.

All of which became very complicated when a stranger impersonating the heir to Harry's disputed fortune showed up and threatened everyone -- especially Charlotte -- who by now realized that she was in love with Harry herself!
Reviews from Goodreads.com