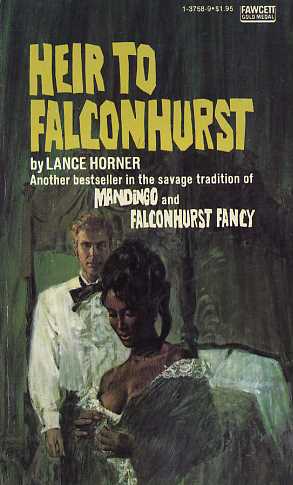 A sweeping, searing novel of the post-Civil War South, HEIR TO FALCONHURST tells the spellbinding story of the decline of the notorious slave-breeding plantation, and of its resurrection at the hands of a man called free, but still enslaved to ancient tradition, a man called black despite the whiteness of his skin ,la man who falls desperately in love with the passionate Mustee wife of his sadistic overseer.

Its towering hero, descended from slaves on one side, and from the flower of Southern aristocracy on the other, bears a name familiar to the millions of readers of the other great books. in, the Falconhurst saga--Drum Maxwell!
Reviews from Goodreads.com