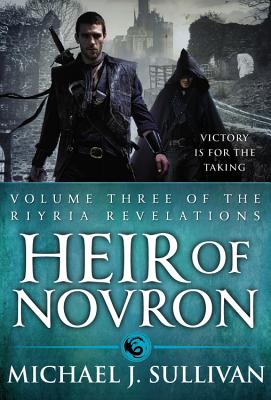 The New Empire intends to mark its victory over the Nationalists with a bloody celebration. On the high holiday of Wintertide, the Witch of Melengar will be burned and the Heir of Novron executed. On that same day the Empress faces a forced marriage, with a fatal accident soon to follow. The New Empire is confident in the totality of its triumph but there's just one problem-Royce and Hadrian have finally found the Heir of Novron and they have their own holiday plans.

And so concludes the final tale of treachery and adventure, sword fighting and magic, myth and legend.
Reviews from Goodreads.com