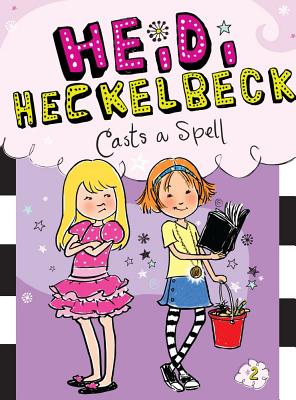 Meet Heidi Heckelbeck. Heidi is just like any other 8 year-old. She eats peanut butter and jelly sandwiches for lunch. She hates all vegetables. She picks on her younger brother, Henry. She begrudgingly does her homework. She's a witch. A witch? Yup. That's right. Heidi is a witch in disguise.

Heidi loves practicing her witching skills. Her parents worry that one day she'll slip up and their secret will be discovered, but Heidi insists that she's always careful to disguise her powers. (She has had some close calls, though.) While Heidi's witching skills will come into play in each book, the fact that she's a witch won't be the central aspect of each story. Heidi will encounter the same challenges that any 8-year-old would, and she will need to find a way to balance her desire to use her powers and her need to fit into her new school.

Thanks to meanie Melanie Maplethorpe, Heidi is cast as a scary tree in the school play, The Wizard of Oz. Heidi decides to get even with Melanie by casting a spell on her. The result of the spell? Melanie--who has the lead role as Dorothy -- will forget her lines. As the day of the play nears, Heidi carefully collects all the ingredients she needs. But when she casts her spell, will Heidi's revenge be as sweet as she thinks?
Reviews from Goodreads.com 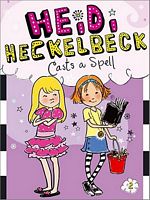