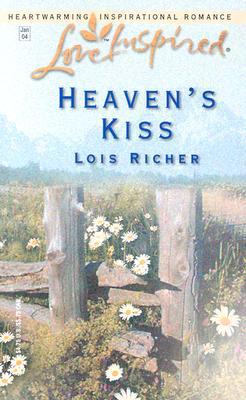 Danielle DeWitt returned home to a run-down ranch and a mountain of debt. Salvaging her father's legacy would mean an end to her dreams and a test of her faith. But even as Dani struggled to accept God's plan, He sent her a man who could make new dreams come true. If only she could convince her heaven-sent hero that

Blessing, Colorado, was where he belonged.

Lucas Lawrence. Then the good doctor met Dani DeWitt, and everything changed. He yearned to share his life with her, but could he give up his bachelor, carefree ways?

Blessings in Disguise series: Book 2 of 3
Reviews from Goodreads.com

Dr. Lucas Lawrence was a wonderfully, endearing and patient man! At first, he was afraid of committing and making friends but Dani helped him open up. About the time he was ready to set down roots, however, Dani had it in her head to leave!

Like I said, I loved Lucas! But Dani got on my nerves at times. I didn't agree with some of the things she did, nor did I agree with her attitude. It didn't make sense. I admired Luc for the decision he made when she announced her leaving though. My respect for him went way up!!!

There are a couple sub-plots in the book that I'm hoping will be resolved in the third book.