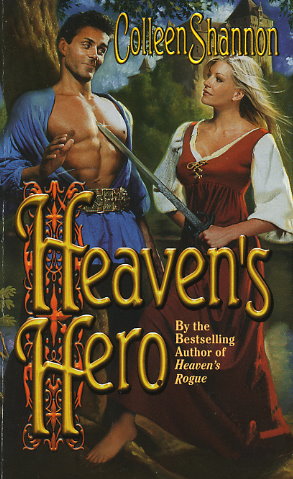 AT THE TURN OF THE CENTURY, ANYTHING CAN HAPPEN... .

Once upon a time former cop Nick Escavido believed in heaven and heroes. Until he lost his job, his wife, and his self respect by doing the right thing with the wrong people.

Then a magic mirror and a whirlwind journey through time landed him in a bygone age .. at the feet of the most dangerously alluring female he'd ever met. lady Isabella Catherine Giovanni dressed like a man, but he soon learned she acted every bit a woman. And as she held his heart at sword point he discovered that at the dawn of a new age, miracles do happen. To those who believe. To those who dare to be ... Heaven's Hero