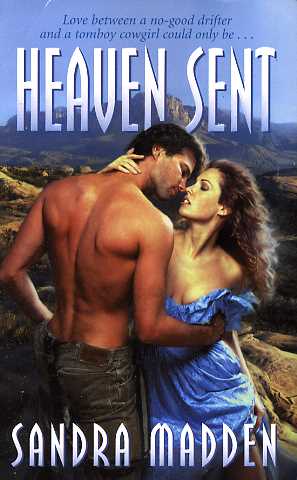 TAKEN AT GUNPOINT
Though she'd have rather stayed home on her father's California ranch, taming horses and playing the harmonica, Matilda Rose Applebee had a quest. Her younger sister had gotten herself in the family way, and before anyone could learn the truth, Matty had to find the snake-in-the-grass responsible. It would take some fancy pistol work, but when she found the man, she'd haul his butt back to her sister's waiting arms.

OR HEAVEN SENI?
Then she caught up with her quarry, and the man claimed he'd been falsely accused... and looking into Cooper T. Davis's deep green eyes, Matty wanted to trust him. Yet, how could she? Next the man would tell her he wasn't a drifter at all; he was a Pinkerton agent who used his snake-oil wagon as a cover. He'd tell her that she was no tomboy and nothing but woman. He'd tell her that her sister had lied--and that she and he were a match made in heaven. And when he did, she knew she'd believe him.
Reviews from Goodreads.com