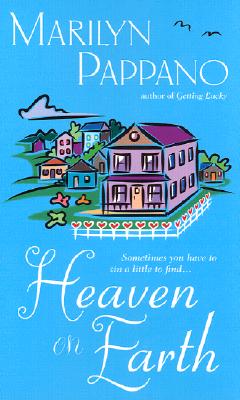 Sometimes you have to sin a little to find heaven on earth....

FLIRTING WITH DANGER
As a private investigator, Melina Dimitris had seen more than her share of relationships gone bad. But that didn't keep her from believing that Mr. Right was out there. And she thought she'd found him in a tall, ruggedly handsome adventurer with a pair of magic hands. So when he dumped her without so much as an explanation, Melina hid her devastation by throwing herself into her work. Little did she expect that three runaway children from the small town of Bethlehem would bring him back into her life.

PLAYING FOR KEEPS
Sebastian Knight knew that if anyone could find his missing daughter, it was the brash P.I. with a passion for kung fu and tight red dresses. Their affair had been brief, white-hot, and clearly heading for something more serious. Until Sebastian ended it rather than risk getting burned again. Only now that it was too late did he realize the mistake he'd made. But with a trio of eccentric helpers watching over them -- and the children -- Sebastian and Melina would soon discover that in Bethlehem it was never too late for a miracle.
Reviews from Goodreads.com