Heaven and the Heather — Elizabeth Holcombe 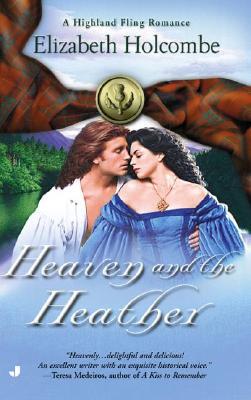 A member of the court of Mary, Queen of the Scots, the exquisite Sabine de Sainte Montagne is at the mercy of Her Majesty's whims--and has been promised in marriage to a powerful, yet devious, Scottish lord.

The chief of an outlaw clan, Niall MacGregor knows his people's future rests in the hands of the new queen. But his reckless attempt to approach her is spoiled by Sabine's presence. Stopped cold by her raven-haired beauty, Niall barely escapes with his life.

With but a glimpse into Niall's startling blue eyes, Sabine recognizes the freedom she so desperately craves. But it will take all of the warrior's fierce courage and determination to pierce Sabine's French pride and make her believe that anything can happen in the Highlands--even love...