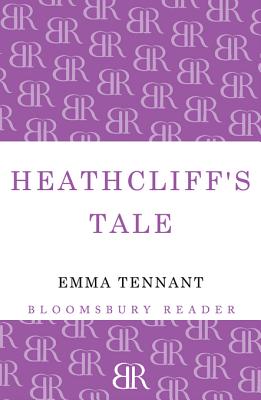 Heathcliff's Tale is the story of the haunting of Henry Newby, a young man despatched to Haworth Parsonage shortly after the death of Emily Bronte to retrieve a novel by Ellis Bell for his uncle, publisher of Wuthering Heights. He soon finds himself adrift in a sea of possibilities: are the pages which burn on the study fire the work of fiction which his uncle awaits, or, as he believes, do they comprise the confessions of a wicked man, a murderer who has brought destruction and misery to all he meets? Who is this Heathcliff who spills his black soul among the flames and ashes?

Heathcliff's Tale brings together a ghost story, a depiction of the marriage of Heathcliff and Isabella, and a satire on Bronte academic studies. Facts and fiction are intertwined as are confronted with the enigma of Emily Bronte. How could a young woman with no apparent experience of passion or knowledge of evil, have summoned up Heathcliff?
Reviews from Goodreads.com