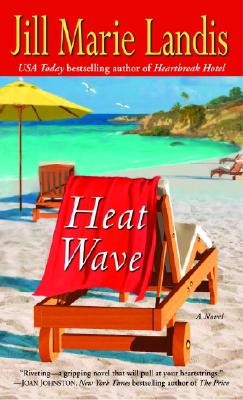 Private investigator Kat Vargas once cared about someone so much it hurt. Once she lived a dream life with her first love and fiance--until betrayal followed by shattering tragedy ended it all. Kat has sworn never to get too close to anyone again. But now the peace and quiet of Twilight Cove is driving the straight-talking, no-nonsense P.I. crazy. Then a prospective new client shows up at the door. Moved by his stubbornness and sincerity, Kat takes his case, breaking a promise to relax, recoup, and rethink her solitary life.

Ty Chandler is desperate to locate the child he fathered nineteen years ago--a child he never knew existed until now. Although he's no stranger to heartache, he is irresistibly drawn to the exotic, vibrantly alluring P.I. Their search not only leads them to Ty's troubled, strong-willed daughter, but into each others' arms. Though Kat courageously works to help Ty reunite his family, she's terrified of confronting a painful secret of her own--one that will cost her the love of the only man capable of tearing down the walls she's built around her heart.

From the tranquil beaches of the central California coast to the fast and furious streets of L.A., Heat Wave is a passionate and heartfelt story of families divided and brought back together, the magic of hope for new beginnings, and the overwhelming power love has to heal even the most battered hearts.
Reviews from Goodreads.com