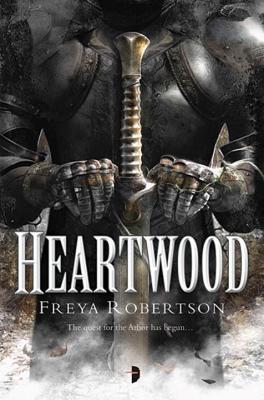 A dying tree, a desperate quest, a love story, a last stand.

Chonrad, Lord of Barle, comes to the fortified temple of Heartwood for the Congressus peace talks, which Heartwood's holy knights have called in an attempt to stave off war in Anguis. But the Arbor, Heartwood's holy tree, is failing, and because the land and its people are one, it is imperative the nations try to make peace.

After the Veriditas, or annual Greening Ceremony, the Congressus takes place. The talks do not go well and tempers are rising when an army of warriors emerges from the river. After a fierce battle, the Heartwood knights discover that the water warriors have stolen the Arbor's heart. For the first time in history, its leaves begin to fall...

The knights divide into seven groups and begin an epic quest to retrieve the Arbor, and save the land.
Reviews from Goodreads.com